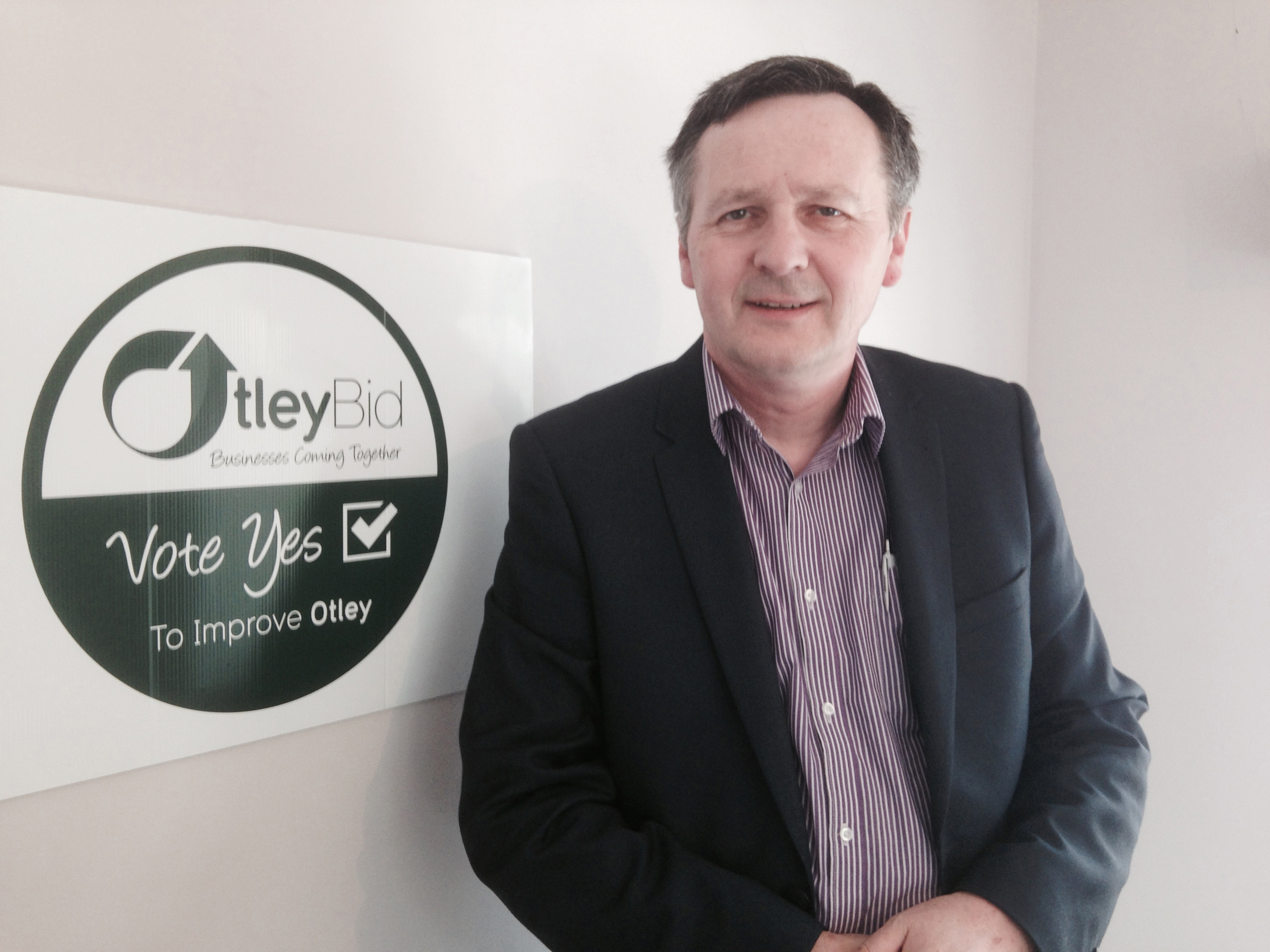 Thoughts on a BID

“Many, possibly most of you, have had discussions with me over items of particular interest to you, for example finding new locations for light industry, improving transport links, signage to your business, finding appropriate experts to help with projects. All these, and more besides, are confidential between us unless you say otherwise.

Yet you, the BID payers, obviously want to know all the BID is doing, ie. If I was affected on a daily basis by something which impaired my business (coaches parking up outside my shop, parking being banned from the Market Place, buses no longer taking me home, etc), I would be furious and my fury would include the BID if I was paying money into the pot but did not see anything happening. Without breaking confidences I try to assure people things are happening, but I sympathise if you are still waiting for a solution. If your concerns aren’t solved this year, when the next 5 year proposal is unveiled later this year, I hope it will be clear we are addressing them.

Returning to the present! When things do happen it is often hard to quantify what effect Otley BID has had on it.  As an example footfall at town centres across the UK has fallen by 4.5% and year on year sales are down, however, when I speak with businesses in Otley this is not the case and the footfall indicators and people’s observation again does not show the footfall or sales have generally decreased. A government report in November stated that across the UK 1 in 5 business units are now empty – yet Otley has a far lower figure than that. Would we be worse off without the BID? Working on the “If it ain’t broke ….” principal hopefully businesses will be happy with the progress being made, be happy with the proposals and continue to support the BID for the next 5 years.

And what of our neighbours? Leeds has blossomed over recent years and has an economy larger than the whole of Wales and appears in the Lonely Planet list of Top 5 Best Cities To Visit In Europe. It is one of the wealthiest BID’s in the country and has exciting ideas to attract ever more shoppers – including building a lighthouse! Harrogate recently won an award for being The Best Town Centre To Live In The UK. Ilkley remains the pride of the Bradford District and we are surrounded by Dales towns which have always been amongst the biggest draws in the UK. Truly Otley has some of the stiffest competition in the whole country yet our wonderful businesses survive and new ones keep opening.  Many of the neighbouring areas are eager to follow what you have achieved and indeed in 2016 Otley appeared in The Times 2016 list of UK’s top 10 Best Performing Suburbs, and as a Silver Gilt winner in the national Britain in Bloom.

Another intangible is what is the best marketing for Otley; daily paid for radio advertising on the most listened to station? Weekly ads in the local papers? Social media conversations / adverts? National features? A song in the charts? Market Place events linked to targeted audiences? Billboards on every entranceway? TV advertising? Emblazoned cars? Excluding the last 3, the BID has trialled and assessed all of these and has decided there’s plenty of ways to spend money but the strongest advert for Otley is its range of businesses and the attractiveness of all its trading areas.  Leeds University’s use of Otley for its experimental research on Simulating Urban Footfall, Jackie Mulligan’s ShopAppy and other innovative ideas for the UK will keep being trialled in the town and keep us in the news. Even Otley BID’s 2014 Business Plan cover was featured at an exhibition in London last year and this January’s Big Otley Sale was featured in the national town centre’s publication Revive and Thrive as an idea for other towns to follow. 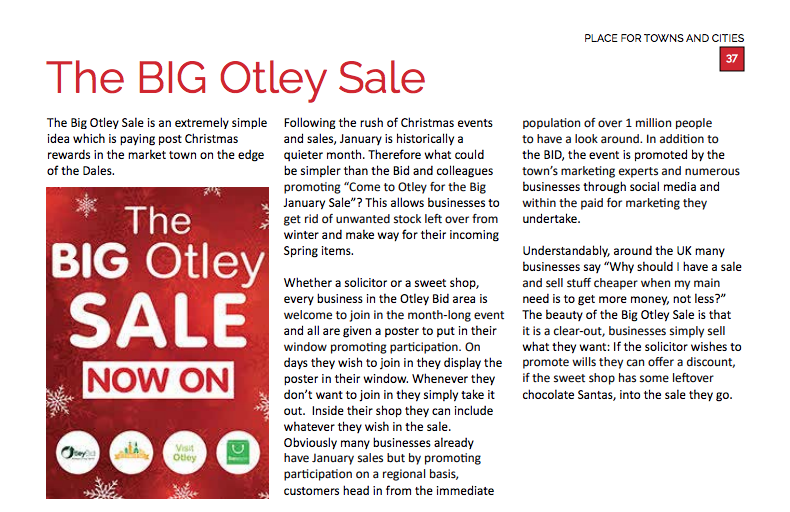 Different types of business of course have different needs. An example is that over recent years there has been a lack of expansion areas for industrial style units. We are fighting doggedly to find a solution and hope this will be at least partially achieved this year.

Over the coming months I will be revisiting your business and hope you will be willing to talk about ways in which the BID could meet your wishes. We can’t promise we can achieve all, however, we can promise to keep trying to make Otley an ever stronger trading area for commerce, industry and retail.  If you have a preferred date for the visit please just let me know.

A final thought for this publication is what a truly fantastic collection of voluntary community groups Otley has; The Chamber of Trade, The Otley Town Partnership, The Old People’s Welfare and Otley In Bloom to name but a few. These organisations succeed thanks to the wonderful volunteers who support them. These groups formed the BID so it in turn can help find new ways for Otley to work with others to identify and overcome problems.”

Register today and a member of the BID team will be in touch to book in an onsite visit.